Turn on/off the embedded sound - The music heard on this page is played on the 'bird' tenor violin built by Harry Vatiliotis of Sydney and played by Jon Rose.

a story of destruction

The cost of the Bush, Blair, Howard war against the people of Iraq is not only the cause of hundreds of thousands of deaths; it is also responsible for the destruction of the very things that make life worth living for those struggling to survive in that vortex of despair.

Mohammed Hassan is a violinist with the Iraqi National Symphony Orchestra in Baghdad. I'm sure that balancing his careers as violinist and engineer over the last 17 years has never been easy but now it is impossible as his violin has been viciously destroyed in the pillaging and plundering which is the modus operandi of US and Iraqi troops.

I am setting up this web page in the hope that someone with either excess cash, or a spare violin suitable for an orchestral player, will want to help Mohammed. I will forward all e-mail offers.

These are the words of Mohammed Hassan:

The troops that raided the apartments were a combination of American and Iraqi. They broke the locks of all the apartments in a number of buildings. As they entered, they looked hysterically for arms and insurgents, toppling everything upside down. They also began gun battles...that practically destroyed all the glass in the surrounding apartments.

As the US troops left, the apartments were left open to regular looting from the Iraq Army; the owners were left helpless because there was no way they could reach the area for over 5 weeks.

There was no way to know who took what. But we did receive a mobile phone call from an Iraqi soldier describing our house and telling us that the two guitars were taken by American Soldiers.

The Violin was probably broken by Iraqi soldiers as part of them were infiltrated by Al-Mahdi Militia with certain agenda on their mind.

All my CD's were stolen, while leaving the covers. The home entertainment system and satellite receiver were also stolen.

They even took out our personal pictures from frames to tear them in pieces. So it was an act of revenge that made them shit everywhere on the floor. It shows that war and destruction of a country does not distinguish between what is valuable or not. A whole country has been ruined with 100's of Billions of dollars material loss, just to impose an American Style Democracy.

The loss of this violin to me was a great blow that I will not be able to compensate for. It is worth many thousands of US dollars, and I don't even know if I will be able to get a violin of similar performance. This violin was built in 1901 by the Josef Chermak , from the famous violin making family, in Kutna Hora in the Czech Republic.

People in the west should realize that there was and is an Iraqi intelligensia that is being brutally terminated by barbaric methods. The cultural and scientific heritage of known professionals (being one of the best in the Middle East in the fields of Medicine, Engineering, Fine Arts), have been systematically liquidated by organized assassinations in which the present government and the occupying forces are thoroughly involved.

These are the words of Mohammed's wife, Taif Al-Juboury:

I've heard too many stories about the cruelness of the US troops together with the Iraqi troops, but I never imagined in my life that one day something such as this that could ever happen to us. Yesterday I went to see my apartment in Haifa St. after 2 months from the invasion of both US and Iraqi army to the area, when I got in to the building I couldn't believe what I saw.

I went upstairs to the 2nd floor to see my apartment and I was shocked to see the dirt, broken glasses and the torn up furniture of my neighbours all down the stairs. I was afraid to get in to my house and see the same but I guess it's something that meant to be for all the families who lived in the building.

I will not say much about my home but I have attached some photos what I saw to all of you my friends so you see by yourselves what life we are having now, what kind of government that is ruling this country and what kind of future is waiting for us.

The US army broke the building...the barbarians tear up everything their dirty hands can reach.

The troops took many things from my house, electrical stuff, computer, my husband's valuable guitars...his broken violin, they stole my wedding dress and shoes, my wedding pictures, my husband suits, our clothes and even my underwear!!!!

We didn't lose our stuff only, we lost our dignity but I guess this is the price we should pay for our freedom and for the good life that some people promised us back in 2003.

Photos are used by courtesy of Mohammed Hassan
© Hassan 2007.

All of us, living in the Anglo-Saxon West are responsible for what has happened in Iraq. If you actually voted for Bush, Blair or Howard, then you may be criminally culpable too. My thanks to Bob Ostertag for alerting me to this contemporary story of cultural destruction. Jon Rose 2007.

Below are some of the e-mails received concerning this story:

This is brutal fascism at its worst and hard to stomach. I have begun to circulate your email.
I have just read about the violin, and I am so very upset, and so very sorry. I am also terribly ashamed that my prime minister, regardless of what I think of him, has let this happen to people like you in Iraq. If my cello was destroyed in this way, I would be devastated.
The story of what happened to the Iraqi violinist and his family confirms my worst fears of what's going on with US and Iraqi troops in Baghdad, and elsewhere in Iraq.
So many horrors - 'we had to destroy the village in order to save it' - that one came out of the vietnam years. When will they ever learn? While supposedly trying to spread it abroad, democracy at home shrinks to occupy the head of a pin.
It's not just soldiers shitting on the floor, it's Bush, Blair, Cheney, Howard, Lord Downer etc etc shitting on the Iraqi people. I put a link to it on my blog.
I have not enough money to pay for a new violin for Mohammed, and have none to give you - but Jon, if there was a fund raising concert in Sydney or any surrounds, I would be happy to play and help organise. Do let me know if you need my help. I am sorry that I cannot do more, and I am so very sorry for Mohammed's loss.
Shameful! I certainly feel his pain. I will indeed share this.
Bastards. I'm glad we will be using some of your Israeli fences sounds in our Beirut show coming soon, that will give me an excuse to link to your Baghdad violin site. 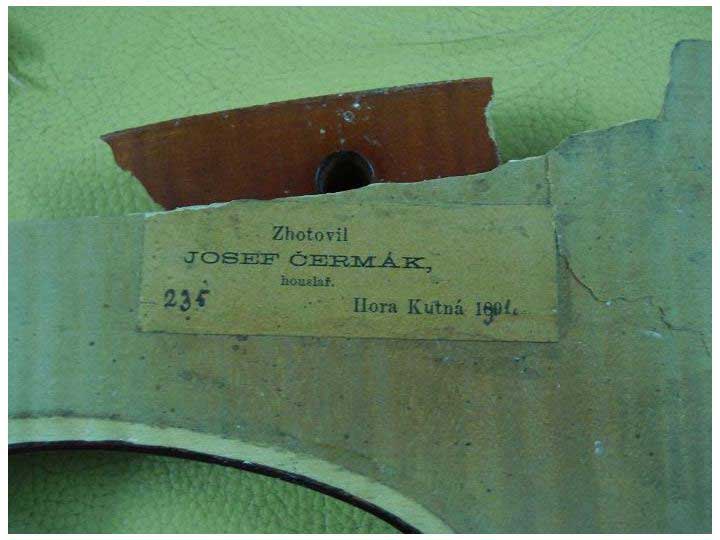 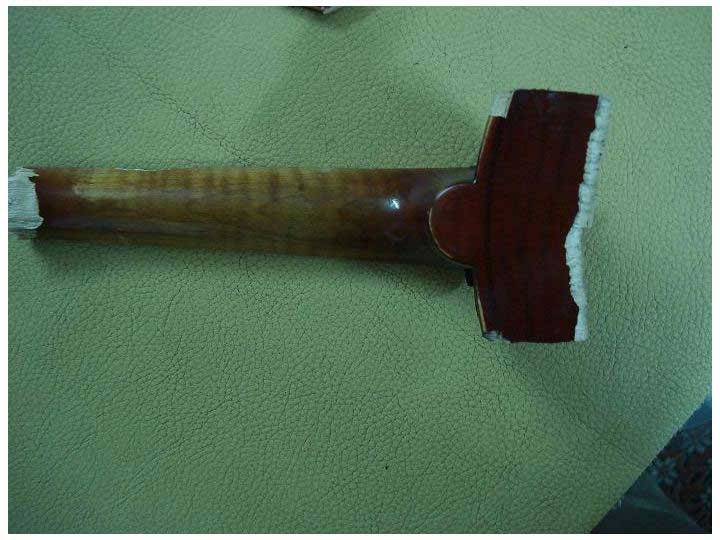 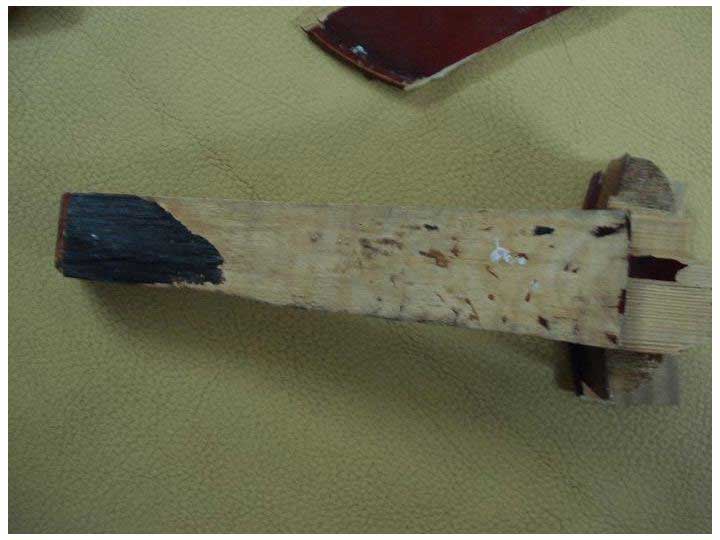 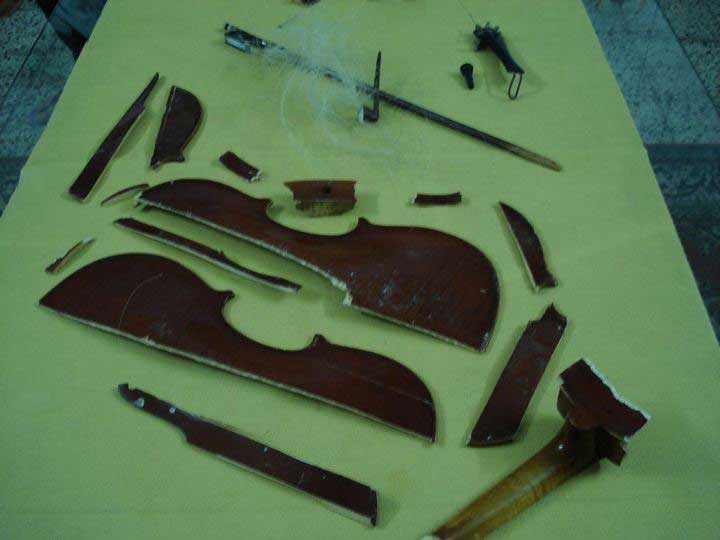 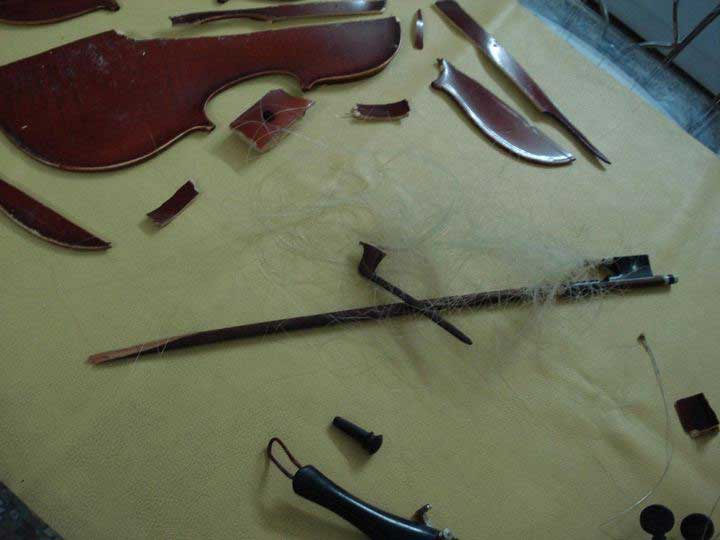 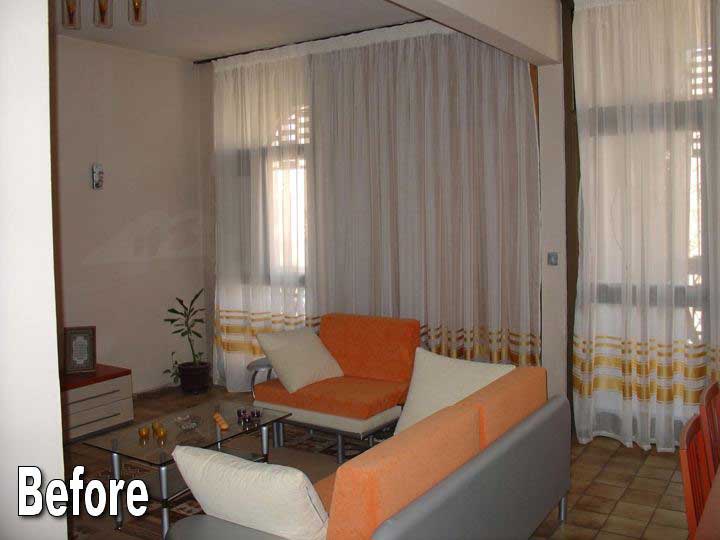 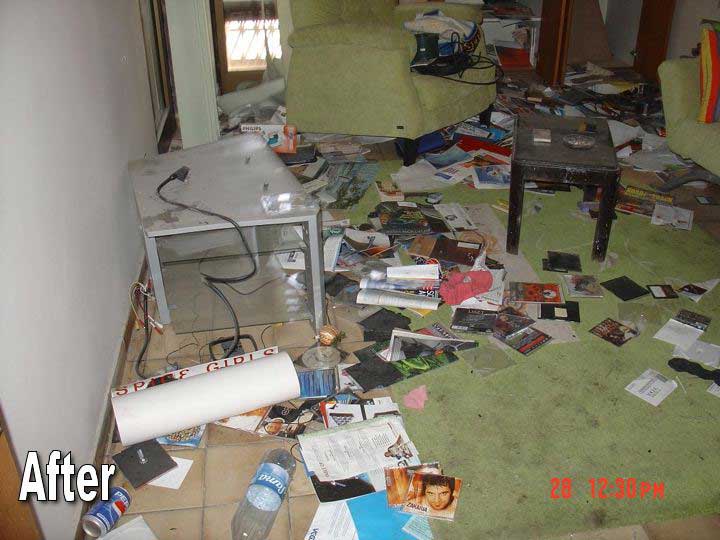 the apartment after the invasion of the US and Iraqi soldiers 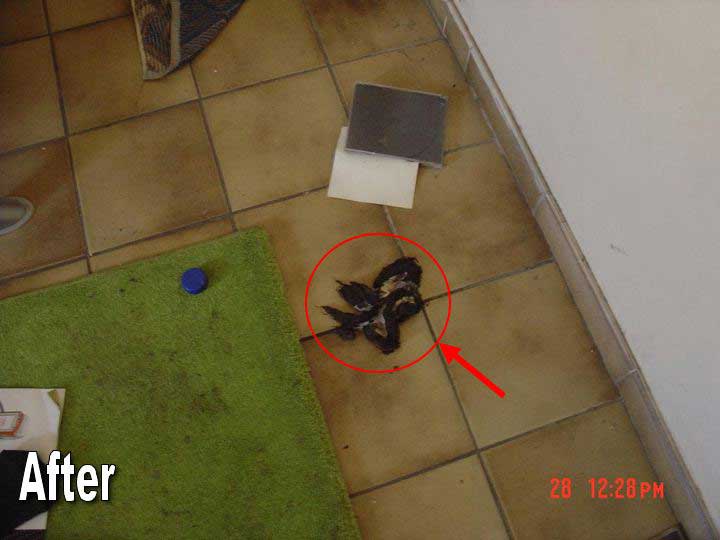 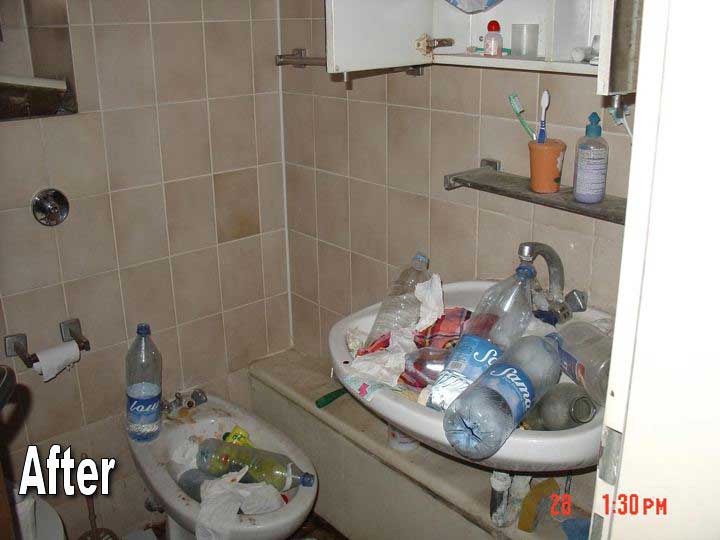