Turn on/off the embedded sound - All The Things (1999) for string quartet by Jon Rose, live recording by The Hollis Taylor Quartet at Portland University, Oregon (2002). A 'transformational' from the 20th century.

Definitions of Music in the 21st Century

observations on the state or stasis of this artform

On the 23rd of September 2014, the Rosenberg Museum sent off some e-mails to the music community asking for definitions of music in the 21st century - to be used as a coda to the book Rosenberg 3.0 - not violin music. I expected half a dozen replies from a few out-of-work musos. It's not what happened. Below are the responses to this challenge, roughly in the order we received them (some definitions arrived too late for publication in the book, a couple of the definitions used pseudonyms). Not all replies chose to deal with the '21st century' part of the provocation - this may mean that the practice of music is inherently an unchanging activity, or that musicians have trouble dealing with the confrontations of our time, or that music in this century struggles to find a new story to tell. Enjoy the ride.

Music is not what we think it is.
Owen More

Paraphrasing Ben Patterson's definition of art, music could be anything, but it is better if you can eat it. Music after Cage and Fluxus really could be anything and even edible. Nobody can define exactly its borders, nobody can say where non-musical (natural, biological, neural, memory) rhythm or refrain ends and music begins. Music could be just a found and marked rhythmic or melodic landscape, environment, process. But the borders and boxes are not important anymore. Authentic experience is what still weighs. So, music should not be boring or technocratic (which it often is); music needs to be convincing and persuasive. And the convincing and persuasive creative act is unthinkable without an authentic experience. Authentic experience is what music needs so acutely these days.
Jozef Cseres

Music is a system of communication that reduces all content to the expression of emotion.
Louis M. Ferdinand

The music of the 21st century is being defined, not by its creators, but by its consumers. It might also be described as a paradigm of 'placebophonics' in which the instrument is now reduced to click bait.
Brian Dade

Music is now (and will be) what the human brain (and sense apparatus) makes of the noise made by any entity (human, biological or mechanical). The best music is that noise which makes its way to the brain via a route unmediated by considerations of money, celebrity, or taste.
Nick Shimmin

We are so out of tune and are in various states of hearing loss-Music is a hearing aid. Music is used to amplifying the self and the human groups we collect in. It's how we hear ourselves in the world. It's vanity publishing for our species. The culture that made no distinction between themselves and the world, the Australian Indigenous peoples, had few instruments and no word for music in their languages. Their hearing was just fine.
Jim Denley

For music to take place a combination of the following is required: weather, lawyers, neighbours, talent, an idea, management, history, drugs, police, other musicians, an encouraging audience, no audience, an act of God.
Mohamed EL-Sayed

Music in the 21st Century is in a subprime crisis; it aspires to ownership, but borrows a lot more than it can pay back. As an investment (economic, cultural, personal) it has junk status, because it can never be a thing. It can only be a context for something. The loss of content in music is disguised by the fact that it was abstract to begin with. As pure context, music today is bankrupt and thus has a chance to free itself from the economy of aesthetics and the blackmail of affective signification once and for all.
Erkki Veltheim

When I was 14 years old, I decided I would be a musician. I soon figured out I didn't have any musical talents so I changed my idea about music. Music is whatever I am doing seriously. Some years later, I read words of an ancient Chinese music theorist; he said 'Music is a category existing among visibility, space, paintings, proximity, belongings of the Emperor, embalmed cockroaches, some other musics, carpets that don't float in the summer solstice, sirens, cut thumbs, Confucius' dreams, perviousness, sucking pigs, stray souls, et cetera, pink leeks, categories that don't have any lower categories, imaginary drums, insects, and eleven century served liquors.'
Shuji Uchida

Music is time; without that it remains mute.
Lawrence English 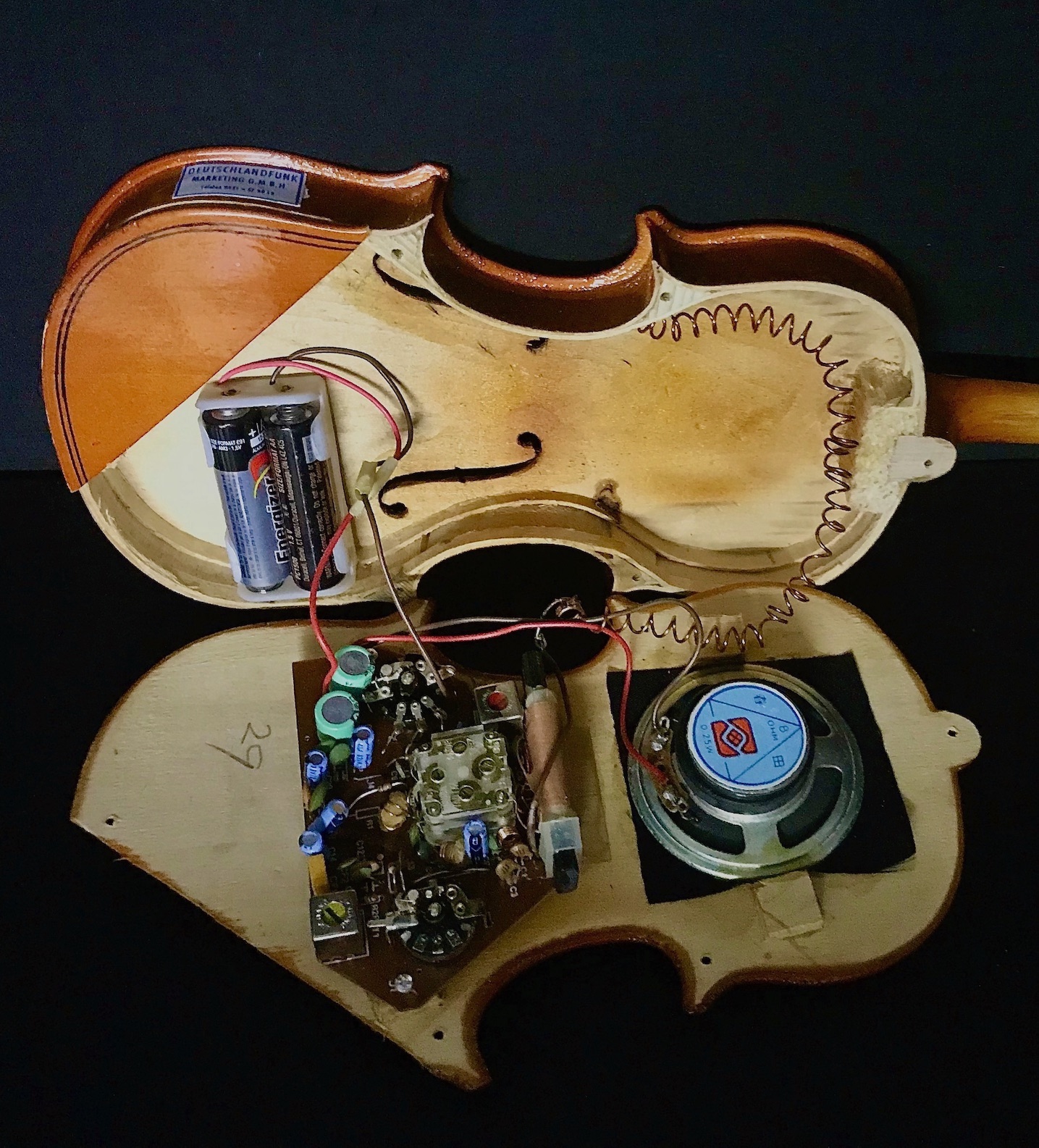 The (repaired) Radio Violin from the marketing department of WDR, Cologne, 1990 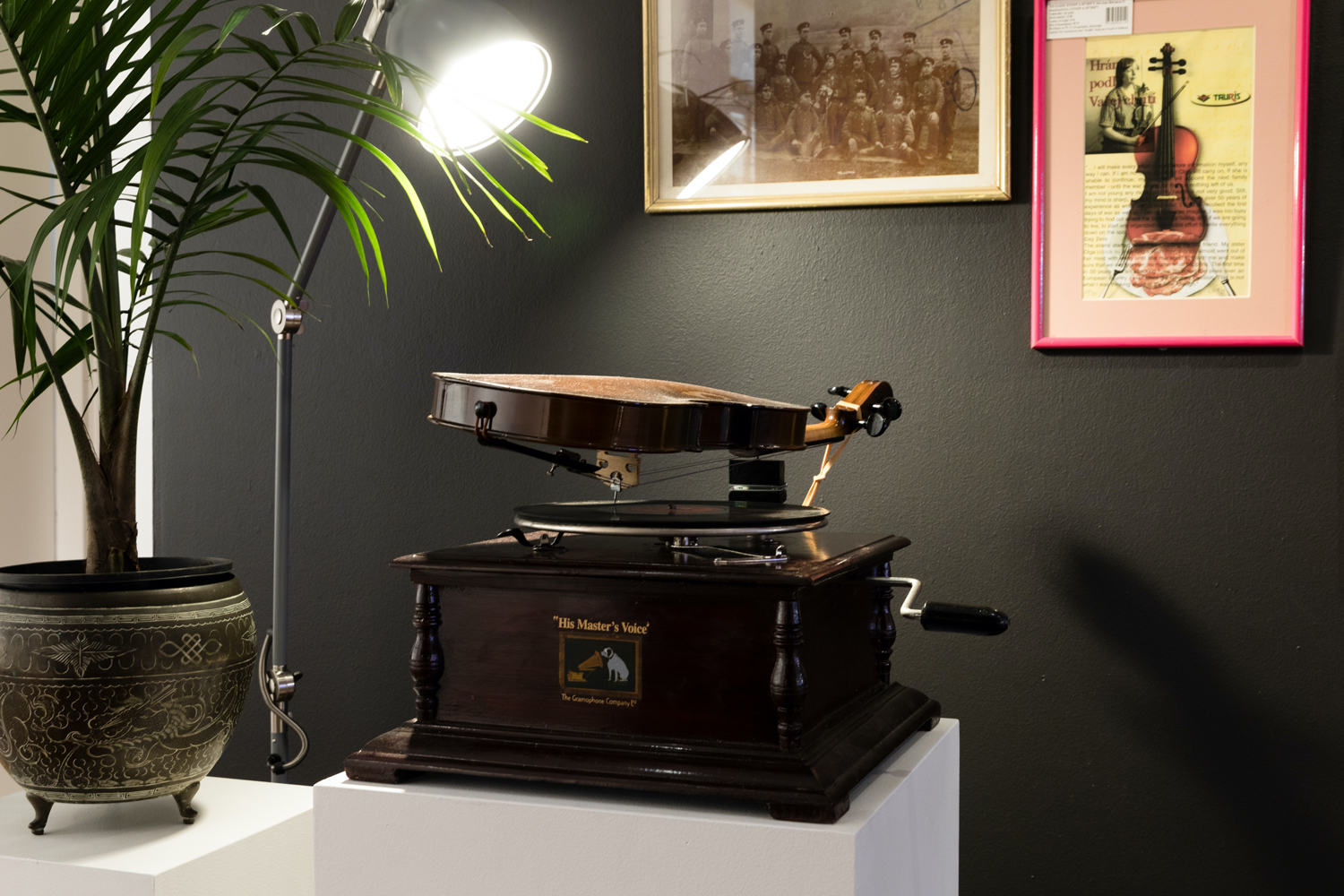 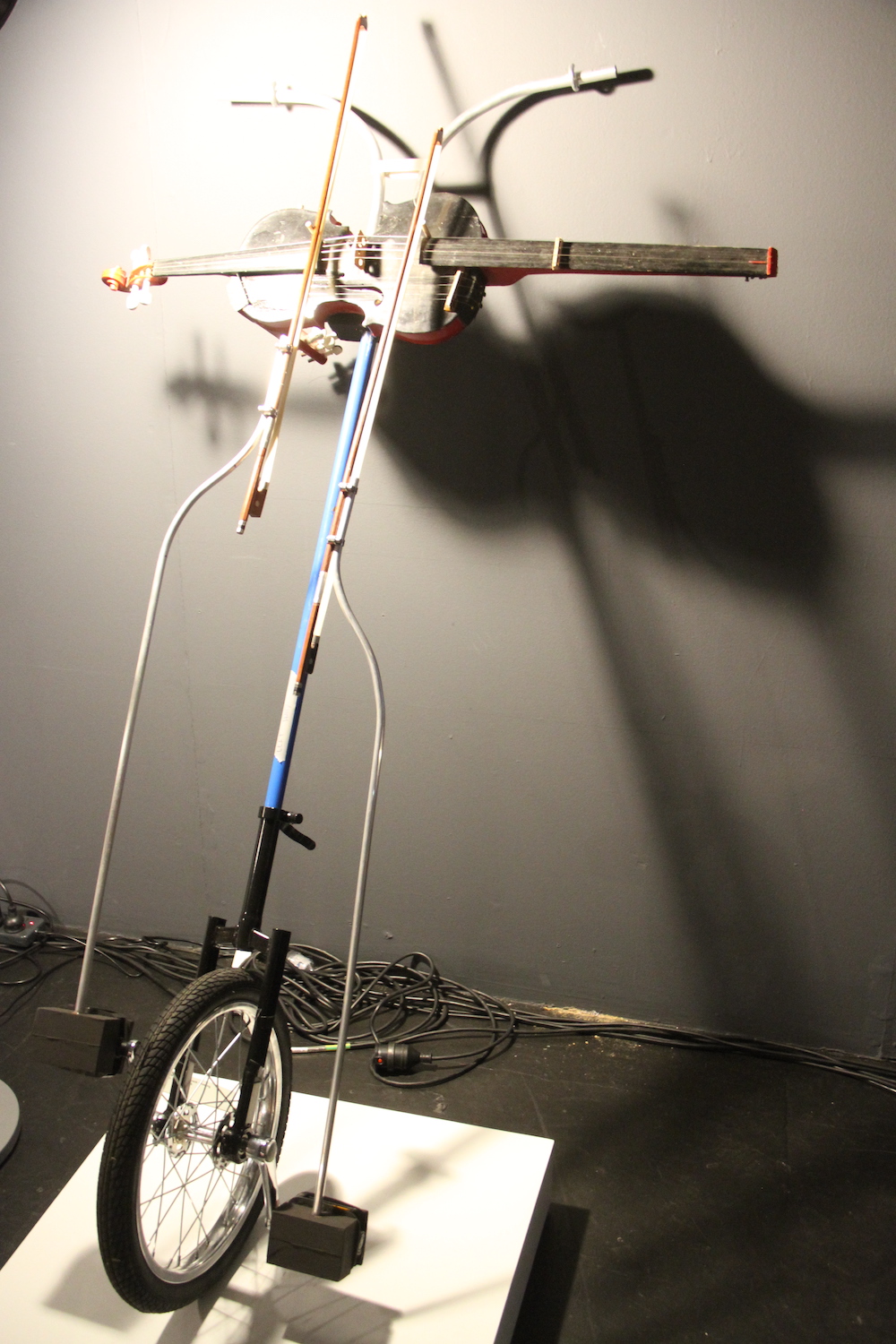